Technical debt and life cycle of the OS

So in line with trying to not be hacked, I`ll share with you some of the pains, aha moments, how to's and troubles that we experienced inside the Visma ITC - ASP squad when moving from one operating system to another. The goal of this document is to share knowledge and to help others that might be facing this issue. There are always better and sometimes faster ways of doing things.

In the beginning of 2019 we informed our teams that run different software in different environments, that Windows Server 2008 and 2008 R2 will no longer be supported by Microsoft by 14th January 2020 and that we should move to another OS which is supported. Along with Windows Server 2008 & 2008R2 there is also the case with Windows 7. Most companies have a few of them left which they never managed to upgrade/update or the eternal story “it will no longer be in use after x month of this year”. Usually, this is not the case, the machine is needed a few more and a few more and there goes the year.

It is a hard job to identify who owns the machines since some are only logged on with local accounts. A lot of time spent in identifying the right team to talk to about the machines. Some teams use different OS to test their applications and don't want to upgrade as they still support that version of Internet Explorer or OS and want to keep it until after the End of Support as their customers will still use it. Some machines you just inherited from past time and ages and there is little to no documentation about them. All you are told is that it is a critical machine and it has to run.

A project emerged and started with a large time span to finish the task (around 9 months) - upgrade your soon to be obsolete Windows Server 2008/R2 and Windows 7 machines.

The task ahead looked decent enough, discussions took place with different teams which have software installed on the servers, see what can be done to get the servers decommissioned, consolidate the servers (some very badly scaled while other were super scaled and underused).

Problems appeared quite fast as one of the following answers appeared:

1.We can’t do this right now, we are  busy with a release, let's talk in x months;
2.That server is critical, the person that installed the software has left the company, we don't know how to reinstall it and it will be decommissioned in x months;
3. The version that we need isn’t compatible with Windows Server 2012 or higher;
4. Sure, let’s do this!

Except for the obvious answer, all of them took a lot of trial and error and I`d like to share some of the experiences learned during the journey from 800 Windows Server 2008 servers to 20 in about 13 months.

This always turned to be x+n and the team was either busy/in vacation/nobody had time to handle the request. This has pushed us in the closing months of support with a few servers that prove to be critical for the customers. In order to get them to spend some time on the task at hand, fixing a potential security issue in a few months, having an obsolete operating system and fixing the lack of documentation we have had to introduce the “premium” for having 2008 servers past the due date presented by Microsoft. They say nothing makes you assign people to work on a task then the idea of paying penalties.

The 2nd answer: That server is critical, the person that installed the software has left the company, we don't know how to reinstall it and it will be decommissioned in x months

We had to come out with odd working hours when we were allowed to take the server down and try to upgrade until we figured we can always clone them and try on a clone, more about that later.

The 3rd answer:The version that we need isn’t compatible with Windows Server 2012 or higher

Well, that turned out to be the most interesting one as we turned from system administrators to secretary and project managers, mediators among different teams and offered ways to upgrade/move their solutions to other tools. This usually had to do with Team Foundation Server or EPI solutions.

Deep dive in the actual process. If you are not a technical person, you can stop reading here.

What we found that worked best for us:

Other fun things we have had happening in the course of the upgrades: 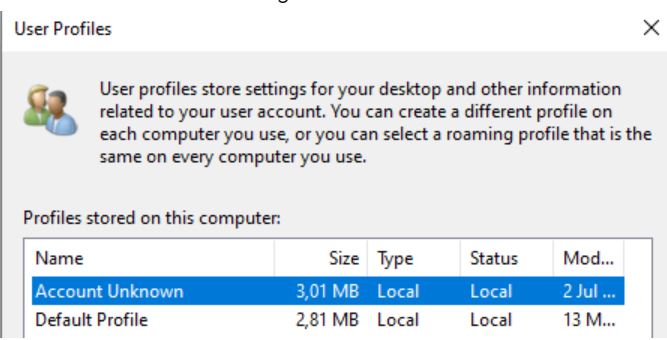 - the Windows Process Activation Service encountered an error trying to read configuration data from file '\\?\C:\WINDOWS\system32\inetsrv\config\applicationHost.config', line number 'xxxx'. The error message is: 'The configuration section 'system.web' cannot be read because it is missing a section declaration'.

There can probably be a lot more to say about this, but i didn’t want to bore you with it all. What I want to highlight is the amount of work needed for a machine upgrade (1-7 hours + 3 hours patching + testing + rollback if failed + investigation from the team on what happened + writing documentation + unforeseen) and if you multiply this times for ~800 machines that we have had to do, you can see how a few months of your life will go with only this task.

In 10/10/2023, Windows Server 2012 r2 will have it’s end of extended support (more about this: https://support.microsoft.com/en-us/lifecycle/search/1163) and then, if you still have this type of machines in use, the above process has to start again. The good news is that from 2012 R2 to 2019 it usually takes 1-2 hours (except some servers that have a lot of installed tools on them) and thanks to Microsoft (that reverted the way patching is done) you only have to install the current month of patching. No more 150+ patches or why not, just 2-4 updates and you are done.

Idea is to start upgrading to 2019 before 2023 so you are ahead of a potential stress for you or your team and will not have to spend nights working on this when you can enjoy some good night sleep. I know I`d like to spend my nights sleeping then upgrading Windows. I have had around 100+ hours spent on the weekend to upgrade this. While it is fun, it is also demanding and burnout can occur, working Monday to Monday and having time off from work.